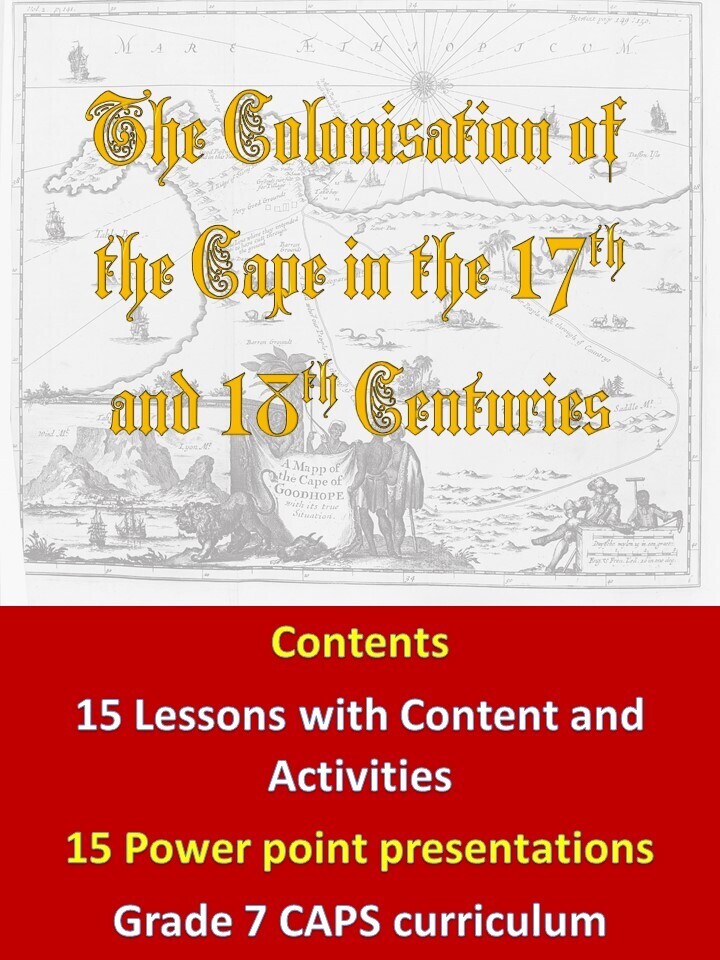 THE COLONISATION OF THE CAPE

Grade 7 CAPS curriculum topic: The Colonisation of the Cape in the 17th and 18th Centuries. Fifteen power point presentations, each with content and worksheets for learners.

Save this product for later
Display prices in: ZAR